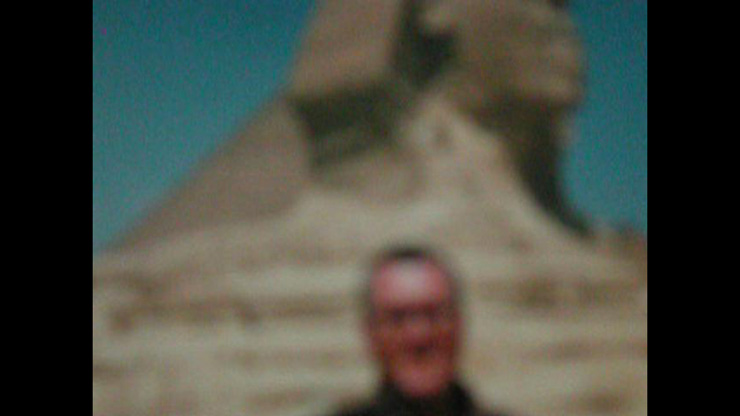 Curated by Jon Davies, this program was available for viewing November 19-December 10, 2020.

I was a child riding in the passenger seat of my father’s pickup truck. We were in the country-side somewhere. I looked down and saw that there was a big bug sitting on my knee – a beetle? – and I screamed like a little faggot. The look of disgust on my father’s face is seared into my mind. I’m sure many sissy boys have similar experiences; you know from then on that if you don’t take that horrific feeling of shame and knit a dazzling scarf from it you will never survive.

“because at 16 Camp is impossible    at 16 you can be scared
or you can be laughing, not both”
(from RM Vaughan, “Seven Good Reasons Why The Boys In The Band Could Be A Musical    or, I Am The Dollar In The Dolorosa”)

You forge an identity from being hated and sometime in the late 1980s, a word emerges for this life-practice: queer. You learn that you are not sick or broken but that there are other people like you who had to fantasize themselves out of the mire. You, Richard, made art, you wrote – you had already created yourself so the rest seemed to come easy (no, it just reads as effortless). The voice you developed was so strong, so assured, so you. Your writing was on the knife’s edge of scared and laughing, vulnerable and angry. You spent a lot of time thinking about art, disgusted by how playing the game is rewarded while creating things of real feeling is often ignored. You refused the pretense of the intellectual; instead you were a true believer. A friend texts: “He was a brave writer. And ahead of his time. I don’t think people were ready to handle him calling out the bullshit of the art world when he did. Now they are and he’s gone.”

so many yellow highlighter loops, like spilled Cheerios
words I didn’t know were there but
pretended I did, because his next questions was do you hear voices
and I almost lied”
(from RM Vaughan, “The Destructive Body Raag”)

Richard’s generation came of age in the 1980s and those who survived AIDS often felt cast aside in the march of history. In a wrenching 2019 article for Xtra!, he wrote that his generation “inherited a broken promise of freedom. Subsequently, bitterness and terror determined our early adult lives. Our stories need to be heard now more than ever, in these times of new terrors and new grudges.” The great philosophers of the world theorize “precarity” while the Canadian artist, now mid-career or (gasp) senior, lives it. When the rents spike again and you don’t know how you’ll be able to live from one grant or residency to another a new plague crashes in. You have long-internalized how to have sex with a condom but how do you hug a friend without touching? Physical intimacy is cancelled, single people are fucked – the nuclear family rises from the ashes of queer sociality. The state of emergency drags on one month, then three, then six, the politicians’ platitudes wear thin and you ask yourself if public health officers are really taking mental health seriously, why can’t I imagine a future that includes me in it?

“can I help it if the Red Ribbon reminds me of the cover of Sydney
Sheldon’s Bloodlines and not all the dead fags          one half
of the infinity loop, blunt cut          makes a good bookmark”
(from RM Vaughan, “8 Poems 3 Lines Long About Hate”)

It is October. I leave the Bay Area for the first time in eight months to visit Mt. Shasta; I hear of Richard’s death right before I leave. I am staying in the high desert and kept up at night by visions of his face. He was much closer to my ex-partner than to me, but he always extended his gossipy, conspiratorial gay fellowship to me, and helped introduce me to a Toronto queer art community that felt like a home. On a trail I find a small fairy garden made of toadstools, figurines and flowers, and I immediately see this wonderland as a sanctuary for Richard, not a “safe space” – there are none – but a home where he could write, craft, be loved, be at peace.

Now that his image is at rest in my mind, I haunt myself with his voice: I seek out his articles from The Globe & Mail and elsewhere (including “Antwerp Diary,” his 2006 shitstorm-causing article on the global export of Vancouver art), his many books of poetry, prose and non-fiction. I find his 2015 quintet of articles about his mother’s death, including his critique of the décor of her palliative care unit, which could have been the Montreal nursing home my father died in in April (he had Alzheimer’s and his condition rapidly degenerated after family caregiver visits were banned due to the pandemic). I read Richard’s final article about the trauma of the pandemic and lockdown, which ends: “COVID-19 PTSD is real and we, the scared and confused, are also real. See us or lose us.” He also wrote with great pain about Toronto serial killer Bruce McArthur, who killed gay men with impunity because no one really cared. (Richard was not shocked: he titled one article, “Gay men in Canada live with daily violence unimaginable to straight people.”) Richard bore witness as the kinship structures queers had built and held dear eroded, society eager to move on after granting us marriage and our own TV shows. He was too young to be a father figure to me but he was a role model, both in terms of queer friendship, and in showing how writing can be the laser-like manifestation of an ethos. To paraphrase Kathy Acker, “if you can’t say what you want in your own writing, then where can you?”

“What the police might find, in ashes:
3 keys in a cracker tin, fitting 4 different locks    charms
of unknown saints, an oxblood shoe (not the occupant’s size)    one encrypted
love poem, dated and signed with no erasures, pinned to the ceiling above
a kindling wood castle, made with stakes”
(from RM Vaughan, “In a Year with 13 Moons”)

The following 7 films and videos were all made by RM Vaughan in the 2000s in collaboration with friends Michael Achtman, Jared Mitchell, Laura Cowell, and others. Most are narrated by Richard himself but even those that are not are very much in his distinctive voice, which I find myself wallowing in these days – aurally and in print – like a balm for our deeply fallen times. It is a voice pulled between innocence and experience: a boy struggling to relate to his father, a man scrutinizing his aging body, the perpetual cycle of being hurt and inflicting hurt in turn. Found footage from films and TV, or ostensibly simple self-portraits become the visual foils for his voiceover ruminations on self and world. There is a sense of wonder at how complicated love and other emotions can be, an awareness of all of the sharp edges that leave us bleeding. Listen closely and hear a wise wit gained from the understanding that everything falls apart.

“I let the beast out.” Based on a notorious “art scandal” from 2007, writer/artist RM Vaughan recounts how rich and powerful members of the art world turned on him when he wrote his true thoughts about the mundane work proffered by the so-called Vancouver School. Art doesn’t have to be pretty, but does the art world have to be so ugly?

“My father loved to cry.” After the death of his mentally ill father, artist RM Vaughan attempts to come to terms with the event by reconstructing his father’s emotional responses to the maudlin 70s television program Little House on the Prairie. A blackly humorous meditation on death and grief, punctuated by crying scenes from the famously teary, famously cheesy television classic.

“Yes, that’s me. Me, Richard… Sorry.” Using his own lumpy body as a template, artist RM Vaughan explores differing reactions by various audiences to the blunt reality of having a non-commodifiable body in the age of supermodels. Alternately scathing and self-deprecating, Hate dishes out (and takes) some unhappy truths about “beauty” and art.

“I have never had a spiritual experience in my life.” Exploring the reasons why people travel, RM Vaughan recounts his journey to Egypt in a series of slow, reverse dissolves that show the narrator standing, like a classic tourist, before the Pyramids of Giza and the Sphinx.

“You are a grain of sand on the beach…” Perfect… a summer day, a sandbox… a meditation on the transience of consciousness.

Thank you to Wanda vanderStoop, Lauren Howes and the teams at Vtape and CFMDC