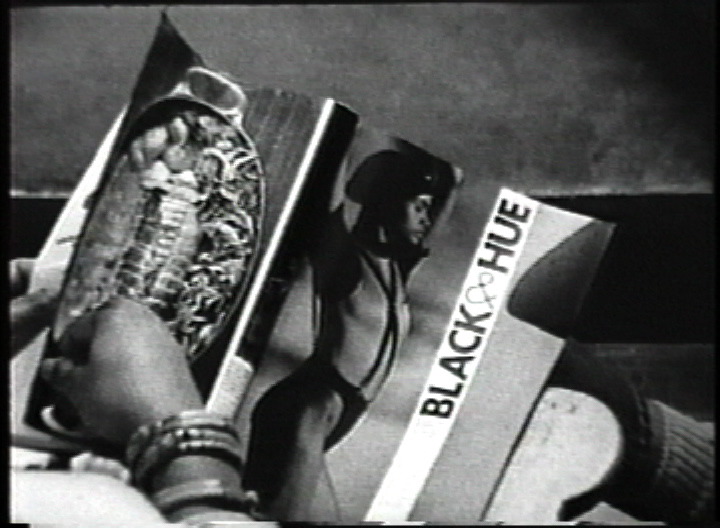 Being with GLACE LAWRENCE

Please join us for a conversation with Vtape artist, filmmaker Glace Lawrence and critic, curator and thinker Sarah-Tai Black. This conversation will be followed by questions from special guests Cameron Bailey, artistic director and co-head of TIFF; Andrea Fatona, OCADU Professor and founder of State of Blackness Database, and others.

We suggest viewing Glace’s work before the conversation, if possible. It will be available from May 10-17, 2021. Access to the screening room listed below:

This is a free event but you must register on Eventbrite.

Glace Lawrence is a writer/director/producer who has merged her award-winning production experience with her passion and empathy for telling great stories.  Glace began her career in the arts where she was an active member of the community arts committee at A Space. After creating multidisciplinary shows as part of this committee, she went on to make her first film, D-E-S-I-R-E in 1989. It was curated as part of the AGO’s 2016 group show, Toronto: Tributes + Tributaries, 1971 – 1989. Glace’s independent documentary and drama projects include The Colour of Immunity, the award-winning Coming To Voice, and Hotel Babylon: Heroes & Hustlers, directed by Charles Officer. Mo’ Love, her half-hour dramedy TV pilot script was 1 of 10 projects selected from 100 applicants to participate in the 2016 CaribbeanTales Incubator Program.

In the ’90s, Glace served on the board of the Toronto Arts Council for six years and she was a founding member of two seminal Black arts organizations: Toronto’s Black Film & Video Network, and Canadian Artists Network: Black Artists in Action. As a Line Producer, her TV projects include the multiple award-winning doc-lifestyle series The Stagers for HGTV US & HGTV Canada, and Consumed, also for HGTV Canada.

Glace is a Co-Founder/Producer of Possible Futures Studio Inc., which just completed concept development on a narrative VR prototype. Ghosts of Remembrance (Ontario Creates, CMF) explores the untold stories of Black slavery in Canada. She is a past Executive Director of the Ontario Black History Society, and a producer alumnus of the Canadian Film Centre.

Sarah–Tai Black is a film programmer, critic, and arts curator living in Toronto/Treaty 13 Territory whose writing has been published by The Globe and Mail, The Los Angeles Times, Cinema Scope, MUBI Notebook, and CBC Arts, and accompanied a number of artist projects.