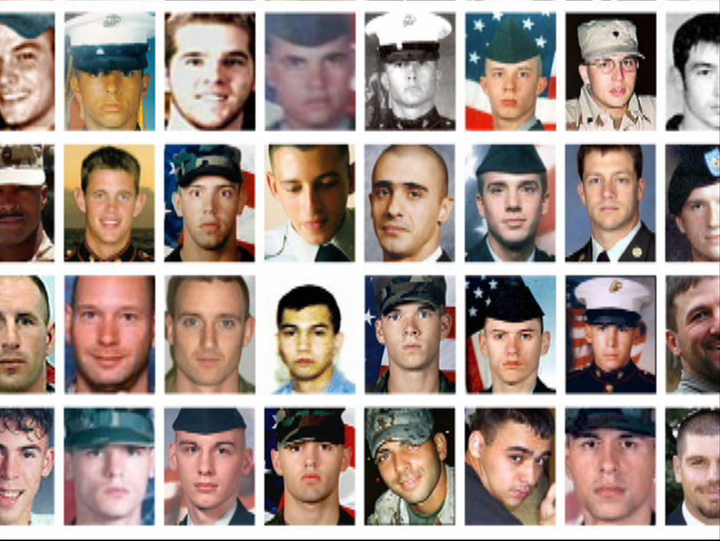 This year’s Curatorial Incubator starts Friday, September 11, 2020, on-line with an Instagram Live introduction by emerging curator Madeline Bogoch at 7pm EDT followed by the first title in her program, The Innocents by Jean Paul Kelly.

This year’s Curatorial Incubator, taking place in these (as we say) unprecedented times, is a bit of a different beast. Example: this year we invited eight incubatees to each make a program that responds to the theme of Living In Hope, the largest number of participants since the very first Curatorial Incubator in 2002, where 8 participants selected a single title each. This year, there are no in person screenings in our space, no live introductions by the curators, no live q & a with the audience. But in keeping with the restrictions of COVID-19, we are taking the entire program on-line, unrolling one title per week with an on-line Zoom conversation at the end of each program featuring the curator and the artists.

On Friday, September 25, 2020, Bogoch will be in conversation with artists Jean Paul Kelly, Parastoo Anoushapour, Faraz Anoushapour, and Ryan Ferko, and Steve Reinke at 7pm on Zoom. Check the Vtape website for a link to this conversation.

Outside of this residency I work in a video archive, so much of my day is spent organizing content in a way that is legible to those who wish to access it. Despite my best efforts, the residues of my own subjectivity inevitably leave their mark on this process. In reflecting on this intrusion of the self into the realm of objectivity, I gravitated towards works that develop their own distinctive methods of sorting through the excess of images and content we exist amongst. This program presents three films: The Innocents by Jean-Paul Kelly (2014), Bunte Kuh by Parastoo Anoushahpour, Ryan Ferko, and Faraz Anoushahpour (2015), and Hobbit Love is the Greatest Love by Steve Reinke (2007). Relying heavily on found imagery, these works are evidence of what Hal Foster refers to as the “archival impulse,” a utopian drive which seeks to gauge the present and forecast the future through the remnants of the past.

There is an economical quality in this impulse of recombination and juxtaposition, one which produces meanings greater than the sum of their parts. In The Innocents, this is used to undermine the fidelity of the documentary genre, while Bunte Kuh obscures the prototypical travelogue into something hazier and more ominous. This impulse reappears in Reinke’s acerbic video essay Hobbit Love is the Greatest Love, most explicitly in the image stream of U.S. military personnel killed in the Second Gulf War, arranged by attractiveness. While the relation between Kelly’s images remain opaque, his and Reinke’s image streams share a libidinal classification system which signals the desire to parse an overwhelming supply of content through a personal logic. Something in this drive speaks to an empathic sensibility shared by all three works, which pursues new dialogues by superimposing the artist’s own inflections onto their sources. By developing new ways of ordering and thinking about existing material, these artists exhibit a private approach to the public archive. I present these works as ways of overcoming an impasse of imagination, clever approaches that incubate new futures through existing material and unlikely interlocutors.

Madeline Bogoch is a writer and MA student in the art history department at Concordia University. Her work is focused primarily on experimental moving image practices, specifically: circulation and dispersion, media preservation, and the aesthetics of obsolescence. In addition to her academic work she is a member of the programming committee for the Winnipeg Underground Film Festival (WUFF) and is a Project Coordinator at Video Pool Media Arts Centre in Winnipeg, Manitoba.

Reinke opens his desktop essay with an immodest proposal to update Adrian Piper’s Calling Card project. Penned as an open letter, and speaking in the plural pronoun “we,” Reinke offers a sarcastic polemic against “that increasingly impossible category: autobiography.” In a later chapter, Reinke graphically elaborates his hyperbolic historical diagram as a diamond shape, the widest point at the centre representing the present situated between two points, past (“trauma”) and future (“apocalypse”). He arrives at this figure by combining a teleological view of history hurtling towards eventual apocalypse, with a retrospective view of biography which is derived out of an unnamed proto-trauma. Reinke’s work thrives at this crossroad of biography and history. There’s an elegant brevity to his organizational logic, often illustrated through diagrams and delivered by his resonant voice and authoritative tone. In the final chapter of Hobbit Love, Reinke presents a series of portraits of military casualties from the Second Gulf War, arranged by attractiveness. While the conceit of this gesture is certainly provocative, the sheer volume of the sample size reflects the unmanageable violence with which we are continually confronted. In response to this magnitude Reinke responds rationally, exhibiting them according to his own desire—a way of ordering the world and its overabundance of images and trauma, which makes about as much (non)sense as anything else.

Tolstoy wrote that that all happy families are alike. Following from that, it could be said that all travel photos share a similar homogeneity. In Bunte Kuh, the artists mix documentation of a family trip with footage of swimming koi fish. The image rapidly flickers between the two, with overlaid audio of fireworks, and a voice-over reading a found postcard. The integration of the layered audio against the sharp edits creates a rhythmic cadence, which lulls you into a trance-like reverie. The tone and the content strikes a stark contrast—an implication of violence lurking behind the leisure-class luxury of seeking exotic experiences. This disorienting ambience is produced by the artists’ manipulation of the audiovisual afterlife of memories, defamiliarizing their otherwise prosaic content. What transpires is a sensation not unlike déjà vu, an elusive familiarity, which leaves an eerie residue in its wake.

The Innocents begins with the artist presenting 42 prints of images culled from online sources. Lacking any explicit criteria, the stream includes images of violence, sex, and several portraits of Truman Capote, a figure who functions as a sort of conceptual guide throughout the film. Each photo has one or more holes punched out, voids which reappear later as solids in a Super 8 animation. Between these scenes, Capote reappears through a surrogate who wears a plastic bag over his head, and re-enacts an interview with the author, mimicking his gestures. What Capote refers to in the interview as “poetic reporting” could be aptly applied to Kelly’s practice as a whole, particularly his capacity to extract the essence of the documentary image by prying it apart at the seams. In The Innocents, the source material is reduced to its most basic properties, only to be reassembled in new forms which probe at the tangled connections between material, representation, and perception.

Jean-Paul Kelly is a Toronto-based artist working in video, drawing, and photography. His practice questions the limits of representation by examining complex associations between found photographs, videos, sounds, and online media streams. He has extensively exhibited and screened works across North America and Europe and is currently a Visual Studies lecturer at the University of Toronto.

Parastoo Anoushahpour, Faraz Anoushahpour, and Ryan Ferko have worked in collaboration since 2013. Using various performative structures, their projects explore collaboration as a way to upset the authority of a singular narrator or position. Recent work has been shown at New York Film Festival, TIFF , Gallery 44 and Trinity Square Video in Toronto.

Steve Reinke is a Canadian artist and writer best known for his diaristic videos which express his desires and pop culture appraisals with endearing wit. His work is screened widely, and is in several collections, including the Museum of Modern Art (New York), the Pompidou (Paris), and the National Gallery (Ottawa).