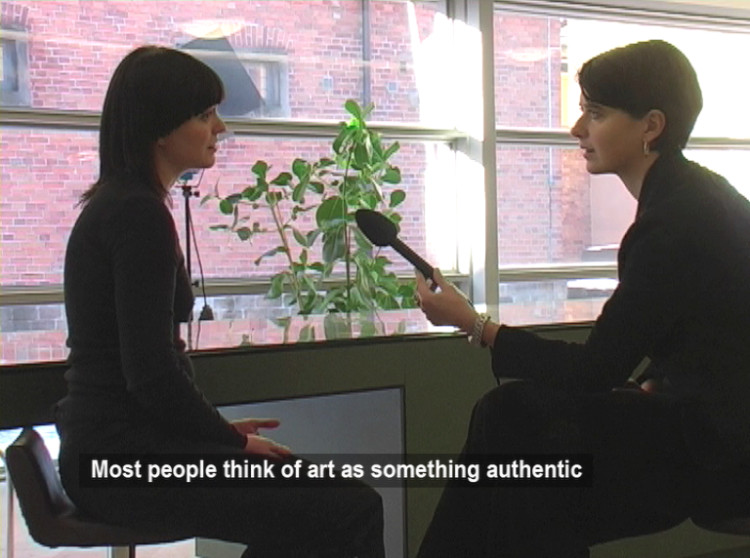 In the second program of this year’s Curatorial Incubator, Yaël Filipovic examines language itself and how, by inserting themselves in front of the camera, artists may place themselves in the center of what she calls “these potent and delicate conversations” involving politics, nationalism, and colonialism.

“From a young age, the school system has enforced language as an emancipatory force. Within nation building, the homogenization of language is a tool for the creation of a united national identity that is fundamentally regulated. The instrumentalization of language can thus also be traced back to the enacting of imperial rule, violent forms of colonization, and imbalances of power. The correlations created between language and nationalism make it difficult to reconcile the simultaneously fluid and fixed natures of language.” – Yaël Filipovic

This year, The Curatorial Incubator, v.11 – Stop with the performance already! features programmes from three emerging artist/curators who have skillfully woven older works – some from the earliest days of artists’ video – into very contemporary conversations with younger counterparts. Again The Curatorial Incubator proves to be an important programming platform, providing a context for exchange and discourse across generational lines. The fully illustrated catalogue features essays by all three young curators and provides ample evidence of their rigorous curatorial research.