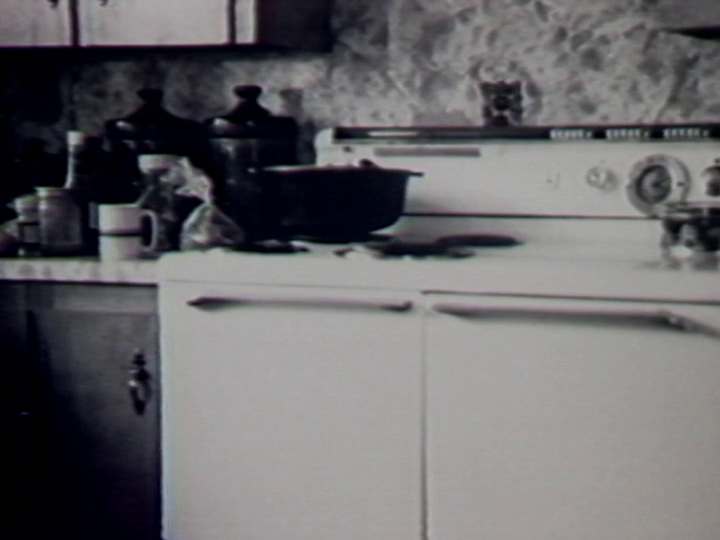 “There’s a certain kind of nostalgia that scares me because it feels dangerous, but in the texture of the voices in Maigre Dog, sharing tried and true bits of wisdom, I find myself longing for the intimacy of a warm kitchen surrounded by ancient aunties.

“As the final presentation in the program, Donna James’s video brings together many elements of the previous films. Here are intimacy and matrilineal bonds, testimonials and warnings, recomposed scenes and unclear images, and through it all an attention to informal histories and alternative ways of knowing.”

Yaniya Lee’s program engages works from across three decades and creates an environment for intergenerational dialogue and reflection amongst Black and Indigenous artists. And given the present circumstances that are roiling cities across the United States and Canada and, indeed, around the world, what could be a more relevant discussion to introduce?

This is the planned result of Lee’s 2019-20 research residency at Vtape; we couldn’t have known how prescient this screening series would become. Of course, it will now be presented online since it will still be awhile before we can congregate for anything as social as a public screening.

Starting on June 5th, one title will be posted every Friday until all eight titles are available. Following the posting of the final video in the series, Yaniya’s essay investigating the larger questions raised during her research at Vtape will be posted on our website (date t.b.a.; see below to get a sense of her full investigation). Finally, a live-streamed conversation between Yaniya Lee and writer, curator and educator Andrea Fatona will follow (date t.b.a.).

“It is unremarkable to sit down in the sunlight, as I do every morning, and assess the sprawl of my monstera; or to call my sister, on any given day, for an emergency five-minute vent sesh. The small details that fill up the space between the more eventful moments of life are precious.

“The nearly-still pastoral landscapes and descriptions of matrilineal care in Richelle Bear Hat’s In Her Care evoke a similarly pleasant torpor. The mood is languid and full of love.”

“‘I want to be seen, and constructed as a whole person, not just as what I do in bed, or with my genitalia, or the colour of my skin,’ Buseje Bailey wrote in an essay published the year after she made Blood. In response to demands that she make specific aspects of herself legible in her work, she declares that the fact of her existence is enough: ‘AND FURTHERMORE, I AM.’ I read this as the video’s mood. The slowness of the pace sets in motion a swell of expectation—a sense of something building. But it never peaks. We’re left with a long, drawn-out gesture that refuses revelation.”

“Hannah Black describes the body as ‘a register of more or less obscure credits and debts, worn as alterations on the surface, as turbulence in the organs, weighted in bone.’ The charade of identity politics requires that our bodies predetermine a fundamental self. This reliance on a simple, surface reading of the body is why identity politics is so flawed.

“I was born in my sack of skin and bones, but often feel my self to be apart from it, as a stranger might. In the context of this program, it was important to me to include Black’s completely sideways approach to the body. She introduces us to the faces of structural power and the sweet voice of blackness’s body, then plunges us into an interstitial space of rebirth that could be either before or after death, before or after embodiment. The form of this short video is against representation, and for this reason it signals a new space forged outside the body-as-identity.”

“Have you ever cried so much and so hard and for so long that you forgot what you were crying about, and that when the tears stop coming you feel lifted and lighter and like you’ve gently fallen into a dull, numb peace? Sometimes I wonder if this is the opposite of fear.

“The video captures the way Black women are perceived. We’re thought of as exotic, as sexual, as predatory – and it’s all embodied in these black femme vampires. I get shivers when I watch the video’s digital VHS slurs and faded RGB bleed. A glitched-out Aaliyah reaches into a man’s chest and pulls out his heart. I’m queasy and mesmerized.

“The truth is, what I feel most deeply living in white supremacy is a mundane fear of recrimination for a wrong I didn’t know I was doing. Some call that living-while-Black. I’m still figuring it out. For now, the ASMR effect of fear and liberation I feel when I watch tai’s work is incredibly visceral, and I love it.”

“The first time I saw Thirza Cuthand perform they undressed while a film they made about resource extraction and colonization played on the gallery wall behind them. With excruciating slowness they stood there and slowly poured out a thick, dark substance (that totally looked like crude oil but which I think was actually molasses) all over their body. The thing is, as profound as the performance was, it was also funny – I am always appreciative of some artists’ ability to openly address the ritual terror of empire alongside humour and common sense.

“Thirza Cuthand is an Indian Within the Meaning of the Indian Act is about racism and colonialism and Cuthand’s Plains Cree family. Shots of personal documents, family photos and re-enactments of performance and video work by Ana Mendieta—another artist who used their body to powerful effect – play to a flat, first-person narrative voiceover.”

“Cheryl Dunye’s video Janine (1990) brings me right back to high school. I had this exact friend; I remember this complicated intimacy. These women may grow up to be Beckys or Amys, but they’ll all have experienced the messy wilderness of teenage years – rife with hormones, and one of the most intense periods of learning and growth in our lifetime. What I learned from these early intimacies is the ability to recognize those who are fundamentally unable to see me or love me. But that understanding has taken years, and the interim has been marked by the contradiction, pain and sadness that underlies Dunye’s candid disclosure.”

“Black life is deeply entwined with the archive, and often the work of black history is one of research into dispersed documents and oral histories – the personal and the official providing a counter-narrative to those stories that tenaciously refuse our existence. Deanna Bowen’s practice flourishes from these material points of entry.

“sum of the parts: what can be named (2010) is slow and careful. Over nearly 20 minutes, Bowen reads aloud her family history. A story of the African diaspora’s meandering, sinuous growth is told in an accounting of her family through birth and marriage and rumour and residence and death. I love this video for how peaceful it makes me feel, and also how connected to our divergent diasporic ancestries.”

fractured horizon – a view from the body

Politics and Black Aesthetics in the Vtape Holdings, A Brief Overview

“Our rights to desire, to freely inhabit our bodies and to exist without discrimination based on origin or (access to) assets have all been hard won, and often alongside the work and creative expression of artists. With the knowledge that artists reflect their time in the ways they record, perceive and create, during my residency at Vtape I have been studying the ethical and political struggles of the past through film, video and critical texts in the holdings. I have been searching with particular attention to the development of black film and video practices to locate where, and how, our efforts in art and activism have led to social change. I ask: what are the concerns of a new generation of emerging racialized artists? In what ways do their questions parallel those of the 70s, 80s and 90s?

“This project will undertake these larger questions through careful attention to several bodies of work and pieces of critical writing. I begin with personal interviews with filmmakers and activists represented in the holdings to give me truthful historical contexts with regards to aesthetics and political activism around race, sexuality, ability and class. In my initial search I reviewed the works of Buseje Bailey, Deanna Bowen, Carole Condé & Karl Beveridge, Richard Fung, John Greyson, Sylvia Hamilton and Claire Prieto. My critical writing touchstones are a 2007 FUSE roundtable between Andrea Fatona, Aruna Srivastava and Rinaldo Walcott on the “Ethno Politics of Identity,” a 1993 Cineaction survey article by Gabrielle Hezekiah about black Canadian women filmmakers and video artists, as well as a missive written by the incubator participants of the 2019 Images festival, in which these racialized emerging artists, art workers and curators express their vexation and disappointment with the organization’s efforts towards diversity and inclusion. I will consider the work and politics of the past generations through the lens of this callout: their ethical expectations will be the signposts I use to get a sense of what has changed or stayed the same. This research will culminate in a single substantial essay, a short screening program and a public conversation.” – Yaniya Lee

Yaniya Lee (born in Montreal, QC; lives in Toronto, ON) is interested in community organizing and collective practice. As a writer and editor, she uses interdisciplinary research to question critical-reading practices and reconsider Canadian art histories. In 2019, she co-convened the Bodies Borders Fields symposium with curator Denise Ryner. Lee is a founding collective member of MICE Magazine and current member of the EMILIA-AMALIA Working Group, and she works as Features Editor at Canadian Art. She is the 2019-20 Researcher-in-Residence at Vtape.

Vtape acknowledges the generous support of all of our funders, including The Canada Council for the Arts, the Ontario Arts Council, and the Toronto Arts Council.