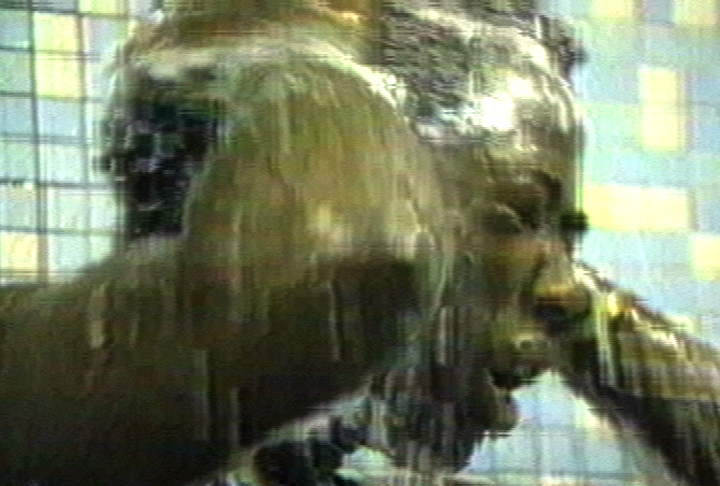 This summer, Vtape is supporting Phase 1 of curator/scholar Andrea Fatona’s crucial research project the State of Blackness Database. Guided by Fatona (OCADU) and Vtape Artistic Director Lisa Steele, researcher Elisha Lim has been commissioned to compile data on Black Canadian video production and presentation activities that have taken place between the early 1980’s through 1999, cataloguing key visual and media arts curatorial projects, analytic essays, oral history interviews, research papers and colloquia presentations — produced by and about black Canadian artists, critics and curators from the late 1980s to the present. Lim’s research will include an exploration of the programming archive at A Space Gallery and the Vtape holdings.

Fatona has written of the project: “Collaboration and partnerships are key features of the State of Blackness Database as it is grounded in knowledge and skill exchange between scholars and community groups, organizations, and individuals outside of traditional educational institutions. The proposed database project seeks to provide visibility, and make accessible, information pertaining to black Canadian visual and media arts productions that have been marginalized in the annals of contemporary Canadian curatorial histories as well as provide pertinent skills to emerging scholars and community researchers. The database project not only seeks to centralize black curatorial resources, it seeks to address an important issue of how ethno-cultural objects are classified and categorized within the site of the archive.

“The ascent of the Multicultural Act [1987] marks the temporal starting point of this project. (my) doctoral research points to the fact that the early 1990s saw an increase in the production and presentation activities of black artists and curators as a result of increased funding from arts councils as they adopted the tenets of the legislation. The period was also marked by activism and contestations by racialized cultural producers over representation, funding, and discontent with the promises of multiculturalism. Organizations and collectives such as CAN:BAIA (Canada’s national black arts presentation and service organization), The Black Film and Video Network, The Coalition for the Truth About Africa, Diasporic African Women’s Art Collective (DAWA), and Our Lives newspaper were born out of this moment of foment.

“Yet since the demise of CAN: BAIA in the late 1990s, there has been scant public attention paid to collecting and preserving the cultural objects and discourses that define blackness and its expressive manifestations in the Canadian context. The historical information on visual and media curatorial projects amassed by CAN: BAIA is currently held at Library and Archives Canada but is restricted in its use. A plethora of uncatalogued and inaccessible information exists across the country and in personal and organization archives such as A Space Gallery, Vtape, VIVO, Artspeak Gallery, Eastern Edge Gallery, Mount Saint Vincent University Art Gallery, Artspace Gallery, Chatham Art Gallery, to name a few. Although materials are held in publicly accessible sites such as university galleries and artist-run centres, the materials are not always organized within categories that enable easy discovery. Current practices of classification and categorization of works produced by black artists organize them in categories related primarily to the politics taken up by the works and do not adequately engage with their geographical, linguistic, temporal, and aesthetic components. More importantly, these works have not been discussed vis-à-vis their relationship to broader critical practices and discussions taking place in the field of curatorial practice. The result is that black artists and curators remain conspicuously absent from discourses of art and culture.”

Elisha Lim is a queer and transgender story-teller, comic illustrator, claymation filmmaker and graphic novelist – and has produced award winning short films, book tours, solo and group exhibits, curatorial projects and the launch of an annual Montreal art festival called “Qouleur.” The thread between all of these is Elisha’s driving passion to build pride, space and solidarity for queers who are Black, Indigenous and people of colour. Elisha holds a Masters of Fine Arts in Criticism and Curatorial Practice at OCAD University and a Masters in English Literature from the University of Toronto.