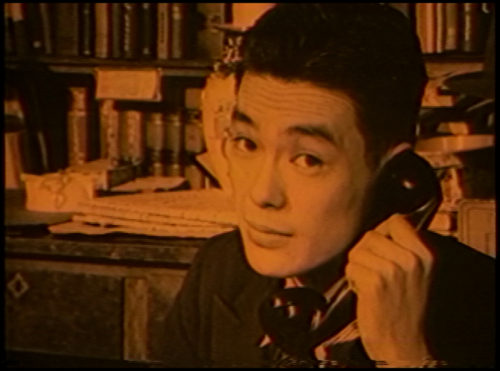 Who's Going to Pay for These Donuts Anyway?

"Who's Going to Pay For These Donuts, Anyway?" chronicles the author's search for a father she has not seen since the age of three. Possessing only sketchy information, that he had protested the internment by writing letters to the President, had been arrested by the FBI, diagnosed as schizophrenic with paranoid tendencies, and institutionalized, she began a search for him three and a half years ago, locating him in a half-way house for the chronically mentally ill in the skid row section of Los Angeles. During that same period she located an uncle, her father's older brother, whom she has only seen once since she was twelve.
Throughout the program, the intricacies of her father's intelligence, rebellious character and history begin to surface. A parallel is drawn between him and his older brother, a retired member of the Board of Directors of the Federal Reserve Banks. The program traces the divergent philosophical and political paths each man took as a result of the conflicting cultural and political environment they were faced with. For the author, a member of the next generation, the familial past was obscured in the secrecy by both the family and the government. Thus, the unfolding of their lives through this experimental documentary provides clear evidence of the profound, far reaching impact of disruptive historical events upon generations of individuals.