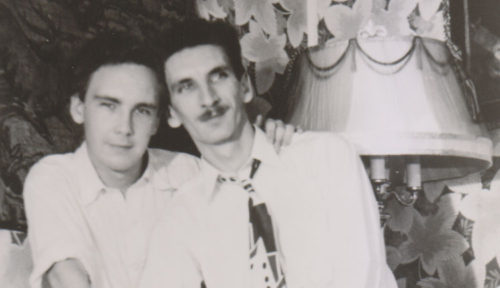 Jim Loves Jack provides an intimate portrait of a relationship between two men which spans nearly 50 years of gay and lesbian history in Canada. The film tells how Egan, in the late 1940's began to advocate for the equal rights of homosexuals at a time when the term "gay liberation" had not yet been invented. For fifteen years, from 1949 to 1964, Egan wrote letters and articles to newspapers and politicians, aimed at correcting stereotypes of homosexuality and arguing for the repeal of laws which criminalized homosexual activity between consenting adults. Thirty years later, Egan has re-emerged at the forefront of the gay rights struggle by bringing one of the first constitutional challenges involving gay rights to the Supreme Court of Canada.