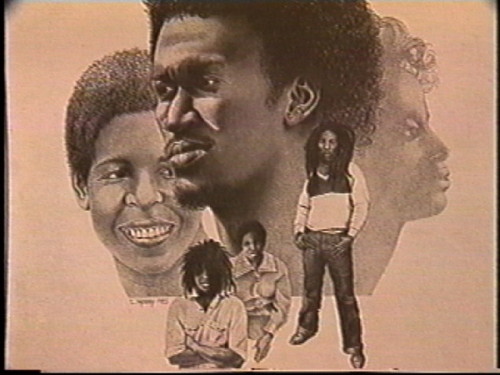 Coming To Voice is a dynamic, visually stylistic documentary exploring the emergence of Black film and video makers in Canada. Featuring Black filmmakers from Atlantic to Pacific Canada , we experience the journey taken by director Clement Virgo and his producers Karen King and Damon D'Oliveira in the making of the feature film RUDE. A journey that takes us behind-the-scenes from financing the feature, through production, to the world premiere at the 1995 Cannes Film Festival, the Toronto International Film Festival (TIFF), RUDE'S theatrical release and the aftermath.

Cameron Bailey, film critic/writer and founding programmer of the Planet Africa Program at the TIFF weaves us through this recent history of Black filmmakers COMING TO VOICE in Canada. Conversations with Emmy Award winning, New York-based filmmaker William Greaves reveal the edge he had on his American colleagues when training at the National Film Board in the 1950's. Other Canadians featured include Sylvia Hamilton (SPEAK IT! From the Heart of Black Nova Scotia"), Halifax, Stephen Williams (SOUL SURVIVOR), Toronto, Claire Prieto and Roger McTair (HOME TO BUXTON), Toronto, Selwyn Jacob (THE ROAD TAKEN), Edmonton and Selina Williams (SAAR), Vancouver.