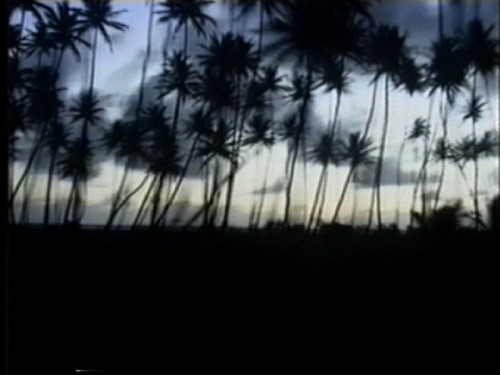 Islands is an experimental video that deconstructs a film by John Huston to comment on the Caribbean's relationship to the cinematic image. A story of unrequited love by a shipwrecked American marine (Robert Mitchum) for an Irish nun (Deborah Kerr), Heaven Knows Mr. Allison is set in 1944 in the Pacific, but is shot in 1956 in Tobago using Trinidadian Chinese extras to portray Japanese soldiers. The artist's uncle Clive is one such extra.

Islands is the first piece is a long form composite video and web project called National Sex. As a whole the work maps out the relationship between nationalism and (homo)sexuality in Trinidad and Tobago and Canada.

Director's Statement: Richard Fung
Growing up in Trinidad whenever I saw images of the Caribbean in film or television, they were usually shot in California and featured African American actors with phony accents. As the first piece in the National Sex series, Islands poses questions of visibility, desire and authenticity: is it possible to actually see the Caribbean, so shaded is our vision by tourism and other mediating lenses?