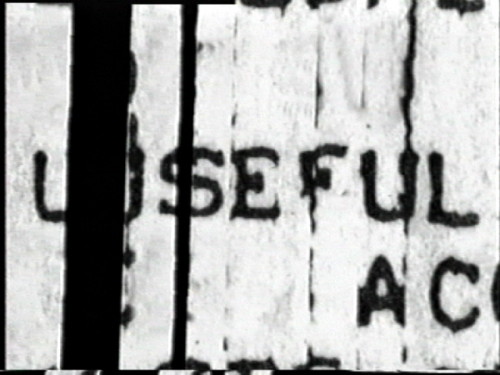 It's Not My Memory Of It

'It's not my memory of it' is a documentary about secrecy, memory, and documents. Mobilizing specific historical records as memories which flash up in moments of danger, the tape addresses the expansion and intensification of secrecy practices in the current climate of heightened security. A former CIA source recounts his disappearance through shredded classified documents that were painstakingly reassembled by radical fundamentalist students in Iran in 1979. A CIA film - recorded in 1974 but unacknowledged until 1992 - documents the burial at sea of six Soviet sailors, in a ceremony which collapses Cold War antagonisms in a moment of death and honour. Images pertaining to a publicly acknowledged but top-secret U.S. missile strike in Yemen in 2002 are the source of a concluding reflection on the role of the documents in the constitution of the dynamic of knowing and not knowing. These records are punctuated by fragments of interviews with information management officials from various federal agencies, who distinguish between 'real' and 'protocol' secrets, explain what it means to 'neither confirm nor deny' the existence of records on a given subject, and clarify the process of separating classified from unclassified information.

'It's not my memory of it' is a project of The Speculative Archive, coordinated by Julia Meltzer and David Thorne. May be shown as installation, contact Vtape for technical specifications.