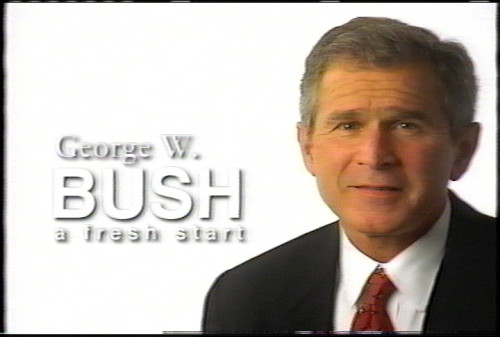 This fascinating anthology, updated to include advertisements from the 2004 presidential campaign, documents the selling of the American presidency since the 1950s. In this revealing survey of the American televisual campaign process, a social and media history emerges as Muntadas and Reese trace the development of the TV "spot" as a political strategy and manipulative marketing technique. This stream of political advertisements, presented without commentary, includes many rare spots, including several never before seen.

Reflecting the increasing manipulation of a candidate's image in contemporary media culture -- from Eisenhower in 1956 through Reagan, Clinton, and the 2004 campaign -- this compilation reveals the political use of advertising tactics such as negative ads, soft-sell techniques and emotionalism. Writes Muntadas: "Looking back at these political ads provides a key to understanding the evolution of images on television and the marketing of politics."

This is the sixth version in an ongoing twenty-year project. Since 1984, Muntadas and Reese have revised, expanded, and updated Political Advertisement with every presidential election.