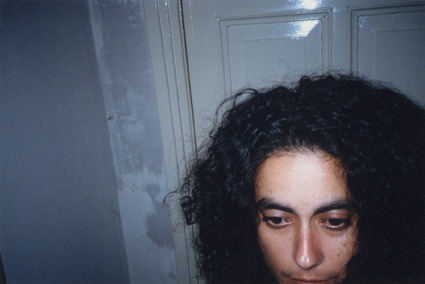 How do we tell the story of a life? What cruel reduction of an image will stand (in the obituary, the family photo album, the memory of friends) for the years between a grave and a difficult birth? Public Lighting examines the current media obsession with biography, offering up “the six different kinds of personality” (the obsessive, the narcissist) as case studies and miniatures, possible examples.

“Meta-biopic in seven parts. A writer looks at a city and distills from her examination six different kinds of personality.” Athens Festival

“Prolific Canadian experimental filmmaker Mike Hoolboom’s Public Lighting surpasses even the beauty of his most recent work, Imitations of Life. Visually dense and hypnotic while brimming with the kind of penetrating ideas one associates with Godard, Public Lighting ponders the ways in which seeing and hearing affect human consciousness. While avant-garde fans will file it as essential viewing, the loveliness of this concise rumination should draw a wider aud in its current fest tour and through vid distribution. Divided into seven chapters, pic opens on a light spectrum as a symbol for pic’s range of views, launched by an introductory chapter with Hoolboom’s alter-ego, a female author (voiced by Esma Mouhktar) explaining that in the following six chapters, she will tell of six kinds of sadness fitting six personality types all under the umbrella title of Public Lighting. In the City recalls early Peter Greenaway in its ironic storytelling wherein a male voice (Ken Thompson) describes his breakups with each of his boyfriends, paired to a gorgeous montage of restaurants and city scenes. The Greenaway touch spills over slightly to Glass, in which Hoolboom honors composer Philip Glass with a fantastically limpid tone poem of images and selected fragments from some of Glass’ better-known pieces, capped with a suitably spare scene of Glass alone at his piano. Hoolboom has long taken found footage and made it his own, and he amusingly does this with Hey Madonna, which includes bits from Truth or Dare (including Warren Beatty grilling the diva on why she allows herself to be filmed at all times) and videos like Vogue. What turns the images upside down is how they’re presented in the context of an apparently fictitious letter written by a gay man dying from AIDS, who claims to have slept with Madonna, and ponders sadly how the superstar is starting to show her age. Next two chapters (Tradition, Hiro) are about image-makers with roots in Asia–one, a North American lenser of Chinese parentage who’s cajoled to return to the home country and ponders if her life isn’t unfolding in some sort of strange loop; the other is a brilliantly edited, highly impressionistic segment on Japanese photographer Hiro Kanagawa as he looks for nighttime subjects and stumbles across a corpse. Finale, Amy, is narrated by a model (Liisa Repo-Martell) who’s painfully uncomfortable with her own body and “old woman’s” face. Astonishing closing image is a tightly composed telephoto shot on the start of a marathon race among young schoolgirls, dashing toward and then across the screen in ultra-slo-mo, and accompanied by a girls’ chorus hauntingly singing Brian Wilson’s “God Only Knows.” Widely eclectic lensing and looks in various media and in color and black-and-white flow nicely from one section to the next, aided by gifted editor Mark Karbusicky.” Robert Koehler, Variety

“Mike Hoolboom puts together some disparate clips, some beautiful images and hesitant shots from family, fiction, reality archive and advertising films (the Japanese advertisement for an all-purpose cleaning fabric is hilarious). Some images have been found or borrowed while others are original and have been shot for the purposes of the film. In the images there are also words, uttered in short sentences, and the voices of men and women. But this is only half the story. The filmmaker uses a dual approach to images and sounds to construct his unique universe. On the one hand, he gives them depth by slowdown effects, fade-ins and fade-outs, solarization, intermingling of visuals and sound in a complex dramatization relationship. Public Lighting thus consists of strong images that show us the ages of history, its moments of grandeur and shame, touching on the public and private spheres, mingling show-biz and intimacy. An image in a Hoolboom film is always multiple, a confusing palimpsest that is embedded at a certain point in a different image, a pagan icon that keeps trace of the movement of a body, the expression of a face, the inflection of a voice. On the other hand, although this magnificently impure film is based on a very elaborate editing rhetoric, its profound movement leads to uninterrupted mediation. Public Lighting consists of six portraits which a young writer announces at the beginning of the film. These six people tell of ordinary follies, narcissistic obsessions, demiurgic desires and wounded memories. The separated man, the obstinate pianist, the aging singer, the Chinese émigré, the nocturnal Japanese and the confessed woman are fragments of a collective history. The warm lighting used by Mike Hoolboom illuminates sleepless nights when one is no longer prepared to be deceived—at least for a while-by the ghostly apparitions that haunt our dreams. A single image then appears to emerge. That of a poetic intelligence worried about the world, in which the grave and lucid Hoolboomian hero aspires to some recognition, to a semblance of eternity and to a ‘genuine’ place in the movement of life.” Jean Perret, Visions du Réel Catalogue

“How can we capture the flow of life? New picture of a Canadian filmmaker offers a study of six different types of personalities. Variety of life substances introduced in these miniatures run in the whole of the film into universal conceptions of the light being. Seven chapters prove that the inner world of film is always ahead of us, foreruns us, showing us our dark horizon. Each part lives its own life, sometimes empowers us and wants to speak on behalf of us. Another voice of film mediation replaces man. Its secrets lay in the method in which the film embodies itself in people and speaks their language. This hypnotic film admits the existence of an outer life only on the basis of its own reality, the cohesiveness of body and shape will never return. The collective subconscious of a cinematograph on all its levels, including archive pictures and home videos, is the source of sublimation. Libido is its substance.” Petr Kubica, Jihlava International Documentary Film Festival

“How does one tell a life story? Mike Hoolboom uses the current run on biographies in the media as a chance to identify possible variations to that story, variations presented in his trade-mark magical-experimental style. A writer observes a city and develops “six different personalities” from its movement. Letters, photos, home videos, conversation fragments, recollections of friends—in the memory of posterity, everything that comprises the reduction of a life—become the basis for case studies and miniatures, possible examples. Just as life for Hoolboom is a flow, a long river running, the associative layers of images and sounds overlap in his film, with thoughts and meanings flowing together, and its ending remaining open.” International Leipzig Festival for Documentary and Animation Film