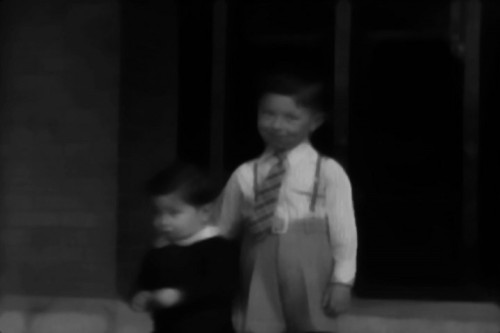 "Final Thoughts" is an on-going project; it will not be complete until the moment of Reinke's death. "Final Thoughts, Series One" contains nine episodes. Episode One, "Anthology of American Folk Song," is an updated version of "Angels in America." Episode Two, "Ghosts of Gay Porn," a musical interlude, is an homage to Gordon Lightfoot and a remembrance of things nonexistent. In "Ask the Insects," Episode Three, the schoolyard is introduced to the graveyard. Edisode Four, "The Mendi," is a remake of Bunuel's "Land without Bread." Episode Five, "Picnic," is a collaboration with Dani Leventhal. Episode Six, "Regarding the Pain of Susan Sontag (Notes on Camp)," presents some New Year's resolutions. Episode Seven, "My Rectum is not a Grave (Notes to a Film Industry in Crisis)," asks what Jesus would do if he had a Bolex. "Hobbit Love is the Greatest Love," Episode Eight, is a desktop video in five parts. And, finally, Episode Nine, "Election Defeat," takes us back to out awkward high school days in Toledo, Ohio.