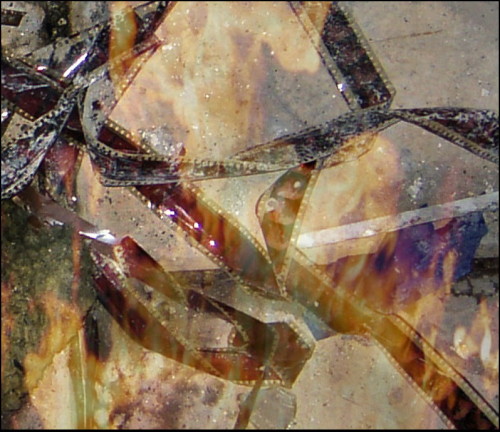 When the Iraq Film Archives were destroyed by US bombs during the 2003 war, a journalist rescued eight scraps of celluloid from the wreckage, totalling 14.3 seconds. In 2004, ICARP (the Iraq Coalition Archives Restoration Project) announced that it intended to use these scraps to painstakingly reconstruct what was once considered the greatest collection of Arab Cinema in the world. Here are the first six restorations, including Al Mas' Ala Al-Kubra (Mohamed Shukri Jameel, 1983, an epic about the 1920’s uprising against British colonial rule, starring Yousef al-Any and Oliver Reed) and Al Ayyam Al-Tawila (Tewfik Saleh, 1980, based on an autobiographical novel by Saddam Hussein).