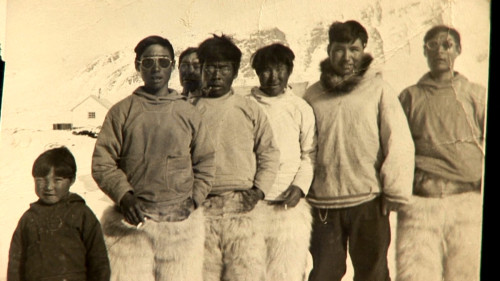 In 1953, Inuit families were forcibly relocated to the uninhabited and inhospitable high arctic, 1500 kilometres north of their traditional homeland of Nunavik, in northern Québec. The goal of the move was to extend Canadian claims of sovereignty to Ellesmere Island. As a result, Inuit people were forced to endure the pain of families torn apart and many years of hardship. With devastating first-person accounts of survival, the trail of broken promises and shameful practices of the government and the RCMP, this powerful documentary captures the long-standing effects of these events from the perspectives of the people who were forced to endure them. In an effort to be sensitive to the delicate subject matter of the film, the production of Exile was undertaken with an entirely-Inuit crew.