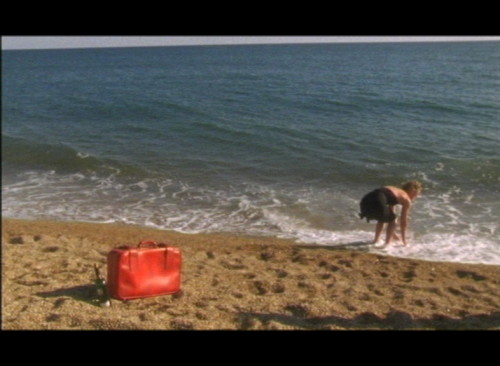 The Film We Didn't Make

A woman is delivered by car to a remote coastal location, a stranded fictional character equipped with suitable props. Not only is she reluctant to be in this place, she is also reluctant to be a character in a film. Is she the same woman from Of Camera, the performer Sharon Smith who played that character, or someone else? On a beach she encounters two players from the actual, Roy White and Arrun Denman from The Film. The woman complains when they try to speak to her but remains bound to them through a number of environments and dramatic false starts. The three characters from previous films mix like oil and water, marionettes in a school play on a hiding to nowhere. Events finally settle on a hillside at sunset in what appears to be the place of a natural exchange. But inside the film is another film - The Film We Didn't Make. Which parts of this film are real life and which parts are not? What is a film if it is not a life?