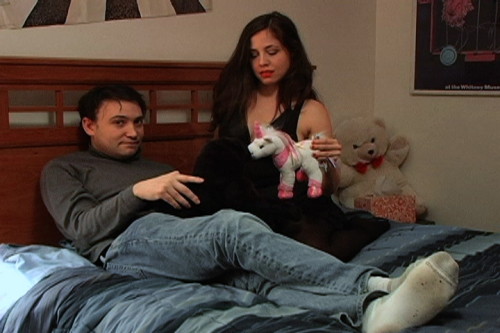 As a stunt to bring attention to his writing, Evan imagined recording a G-rated sex tape. In the third video of the trilogy we facilitate this as an experiment where, with the help of “performer” Rachel, Evan’s fantasy meets reality. Instead of performing sexually explicit acts, their encounter is of a more tender and G-rated nature. This collision of fantasy and reality is challenging to Evan and momentarily wakes him from the dream.