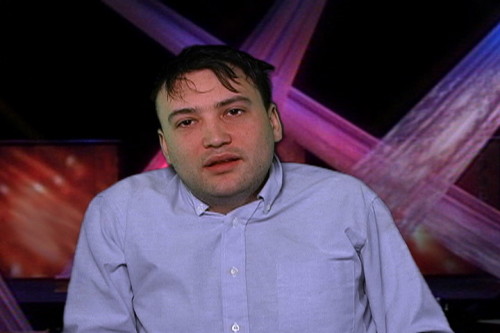 Part one, Strawberries and Celery (950.15), is an outline of Evan’s philosophy as a whole and his means of spiritual survival. He reveals how his rendezvous with prostitutes became one of his primary ways of escaping an uninspired day-to-day life otherwise spent alone, writing and daydreaming in a drab apartment. This unorthodox relationship with prostitutes reflects his desire for genuine human interaction, as well as an Indiana Jones-esque impulse for danger and adventure.

The second chapter of the trilogy, Evan's Quest for Oprah (950.16), addresses his manic fantasy regarding his career, specifically his obsession around appearing on the Oprah Winfrey Show, an event that would mark his breakthrough to the mainstream as an "unconventional celebrity." Through role-playing we lead him into his fantasy where he experiences high anxiety as if he were actually appearing on television, talking to Oprah Winfrey.

As a stunt to bring attention to his writing, Evan imagined recording a G-rated sex tape. In the third video (950.17) we facilitate this as an experiment where, with the help of “performer” Rachel, Evan’s fantasy meets reality. Instead of performing sexually explicit acts, their encounter is of a more tender and G-rated nature. This collision of fantasy and reality is challenging to Evan and momentarily wakes him from the dream.

Note: The Evan Trilogy, shown in its entirety, has an extra scene at the end of The G-Rated Sex Tape.