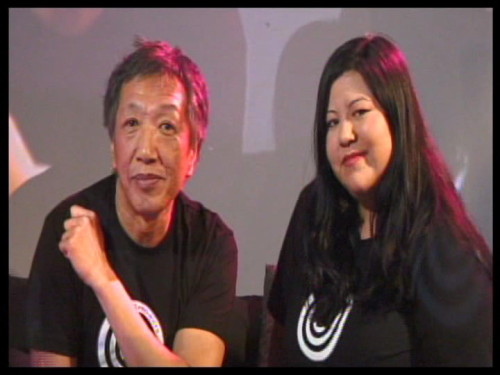 Ooooo Canada is a 30‐minute edit version presenting highlights from a five‐hour webcast on February 13, 2010. Ooooo Canada was the first in a series of five site specific projects presented during the 2010 Olympic and Paralympic Winter games in Vancouver. The broadcast was co‐hosted by Skeena Reece and Paul Wong. It is a critique of corporate, mass, pop and nationalist culture in the 21st century. Reece and Wong provide illuminating, alternative, personal, political and comedic perspectives.

‘5’ Five Site-Specific Events Feb. 13 to Mar. 13, 2010. Happened on five Saturdays during the Olympic and Paralympic Winter Games. 5 unique productions took the public on extraordinary journeys thru real, invented, and imagined places. The always surprising PAUL WONG and dozens of Guest Artists engaged this city in what was a spectacular series. Five 5-hour events as in the 5 Olympics rings, 5 senses, 5 moments, 5 colours, 5 encounters.

Produced by ON MAIN (On The Cutting Edge Production Society) onedge.tv. Commissioned by The City of Vancouver through its Olympic and Paralympic Public Art Program, as part of Mapping And Marking Artist-Initiated Projects for Vancouver 2010.