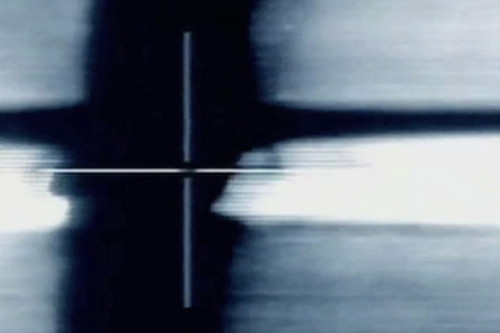 The Failure of Images (Fifty Wars After 1945)

Images suggest access to another time and place, to someone else’s reality. Images of war––photographic and electronic images to be precise––are expected to give more: truth, ethical commitment, politics, historical record, recognition, commemoration, shock, horror (and the pleasures therein). This has been the case with war photographers like Roger Fenton and Robert Capa who courageously took risks to procure records of the
realities of life and death in war. However, images remain images.

Many people who view images of war (which have become increasingly graphic and saturated in global culture) have never experienced war. Privileged, protected, and safe, one may view images of horror and atrocity on a tiny electronic screen, coarsely filtered through compression and decompression algorithms, rife with noise and digital artifacts. How could one expect such an image––even thousands of such images––to ever become more than a sample or fragment of a much larger, complex, and often distant, incorrigible struggle? While images of war (along with captions and sound tracks) candidly point to the aggression, anonymity, corruption, rage, and zeal of war, no sooner has this been indicated then the delivery platform (a television news cast, a website, a photograph) segues into another subject, advertisement, or current event, further distantiating the image of war from war itself. Our images fail war and yet war constantly and perpetually calls upon images to communicate itself. The Failure of Images (Fifty Wars After 1945) explores this paradox and responsibility.

In less than fifteen minutes of digital video, I chronologically reassemble found archival footage from fifty wars after 1945. My image manipulation techniques are basic: layering, enlargement, and juxtaposition. Many of the color effects and distortions (pixilation, blurs, and artifacts) are a result of compression-decompression processes intrinsic to online video. Appropriately, these (natural) distortions inadvertently act as a form violence and self-censorship, further mediating war away from its depictions.