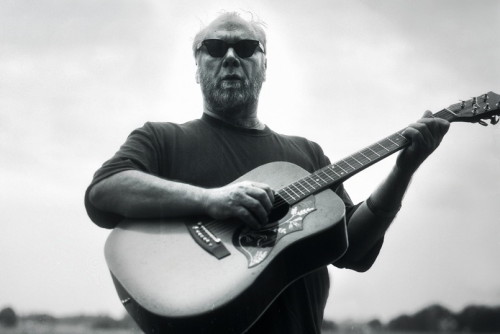 In Search of Blind Joe Death: The Saga of John Fahey

A feature documentary about the tremendously influential composer, guitarist, author and provocateur John Fahey (1939-2001). The film combines live action and archival footage with animation in a kinetic, musically charged tribute to a great artist.

THE MAN Fahey began his musical journey in the Washington, D.C. area. His path would take him throughout the Mississippi Delta looking for musicians and the recordings they’d made in the 1920s and 30s. He spent much of his adult life based in Los Angeles, and Salem, Oregon when not performing throughout the United States, Canada, Europe and Australia. The recording companies that Fahey founded, Takoma and Revenant, set enduring standards for independent music production.

THE MYTH John Fahey is known as "the father of American Primitive Guitar." Some think of him as a foundational figure in American folk music. Fahey himself, however, insisted, "I am not a volk, how can I be a volk? I'm from the suburbs." There’s no question that his playing and compositions are superb. Fahey, as both musician and musicologist, made a fundamental contribution to the global understanding of classical American musics such as Delta blues, Appalachian bluegrass and New Orleans jazz.