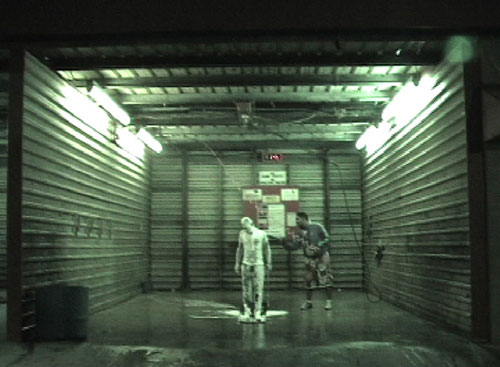 “Monitor 3 deals with traumatic actions, testimony and mobility. What do these prevalent themes tell us about video practice within the South Asian diaspora?  Can video be a tool for empathy and healing in the aftershock of tragic events or physical assault? The representations of these themes and subject matter vary forcefully. They range from acts of assault, technically aggressive camera and editing styles, statements on prejudice and the past, to essayistic examinations of distressing events.”
- Claire Eckert, from Gauging Trauma and Empathy: New Themes in South Asian Film and Video (2007)