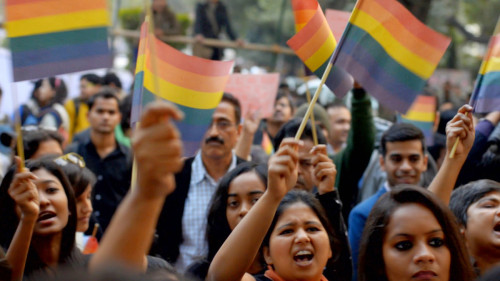 No Easy Walk to Freedom

Filmed in Delhi, Mumbai, Bangalore, Lucknow and rural India, No Easy Walk to Freedom tells the story of the struggle to strike down section 377 of the Indian Penal Code, which criminalizes homosexuality. Told through the voices of lawyers, activists and community leaders, No Easy Walk to Freedom exposes human rights violations perpetrated under section 377 and documents the growth of queer organizing in India in the context of this historic legal battle to overturn a colonial-era law.

In 2001, the Naz Foundation, an HIV/AIDS non-governmental organization in Delhi, filed a petition against section 377, an 1861 British colonial law that criminalizes “carnal intercourse against the order of nature.” In 2009, the Delhi High Court struck down section 377 in a precedent-setting ruling celebrated by activists, human rights and legal experts worldwide. Citing Nehru and Ambedkar, architects of the Indian constitution, the High Court upheld “constitutional morality” and equality over this colonial era law. However in December 2013, the Supreme Court of India set aside the 2009 verdict and upheld section 377, recriminalizing LGBT people in India.

In an ironic twist of history, defenders of section 377 in India argued that decriminalizing homosexuality is “contrary to Indian culture,” and that “homosexuality represents western values.” In fact, homosexuality was never criminalized in India prior to the British, and pre-colonial societies in India were replete with diversity of gender identity/expression and sexual orientation. Section 377 in India was the first of such laws enacted by the British, which were later spread throughout the colonial empire. Today, this colonial legacy remains responsible for half of the laws that criminalize people on the grounds of sexual orientation, worldwide.

No Easy Walk to Freedom is moving examination of the struggle to decriminalize homosexuality in contemporary India, told through the voices of HIV AIDS workers, queer activists, community leaders and legal experts. It is a history with far reaching implications for the struggle to remove these colonial era laws and to uphold lesbian, gay, bisexual and transgender human rights worldwide.

More information may also be found at:
http://www.envisioninglgbt.blogspot.ca/(copy and paste url)