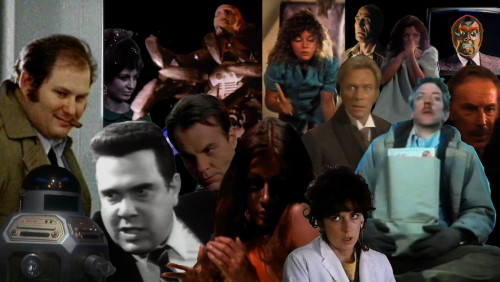 Aliens, robots and frenzied seductresses as the missing links of Canuckfilm? That sounds like a Canadian movie classic all its own.” - Peter Howell, Toronto Star

Prepare to face the power of the ultimate dimension!

Breaking out of their imaginary purgatory, a disagreeable crew of aliens invade Canada, using the tools of cinema as weapons in a battle for colonial domination.

Fragments of 434 Canadian feature films are mashed into this 84 minute found-footage feature. All were produced between 1970 and 1989 – the infamous “tax shelter” years, when the government tried to create Hollywood North – and failed spectacularly.