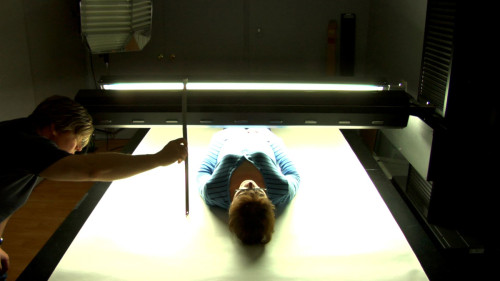 A feature length documentary on photographer Suzy Lake, one of the seminal feminist artists to evolve out of the heyday of the 1960’s. A master of the art of self-portraiture, Lake influenced Cindy Sherman as well as a host of other female photographers. Lake makes art that addresses politics, gender and issues of youth, beauty and aging while reflecting on her own journey through time. Interviews with Lucy Lippard, Connie Butler, Mary Beth Edelson, Françoise Sullivan, Martha Wilson, Barbara Astman and Lisa Steele tell a story of how much has changed in the worlds of feminism and art and yet how much things remain the same.

Born in 1947 in Detroit, Michigan, Lake became active in the civil rights and anti-war movement in the 1960’s. In 1968, after witnessing the Detroit riots, she immigrated to Canada, settling in Montreal where she joined the burgeoning artistic community. It was the time of ‘Conceptual Art’, ‘Body Art’ and ‘Performance Art’, all movements informed by the politics of liberation, feminism and the anti-war movement. A former model and mime, Lake became involved in performances for audiences, often documented by photographs and videos. She found that performing for the camera, rather than live audiences, gave her the control required to develop her artistic voice.

For Lake, identity is mutable, contextual and politicized. Today, Suzy Lake continues to explore the politics of gender with work that deals with the aging woman, countering notions of consumer beauty with a different and real image celebrating stamina, maturity and experience.