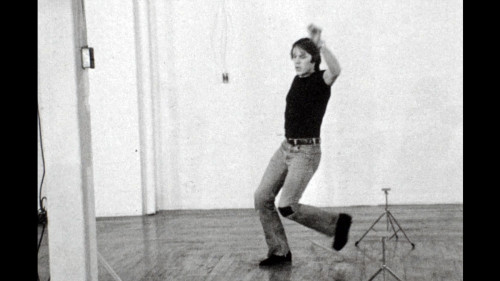 The Crash Points 1 and Crash Points 2 films are based on Dudar’s performance Crash Points, the culmination of his running-based pieces. It incorporates in-and-out-of-sync concepts which originated in his still earlier walking-based pieces, plus newer track-and-field concepts. The piece could be described as a choreographed, noncompetitive track-and-field event in which the perimeter of a gallery is used as a running track. Hurdles coming down (‘crash points’) within the piece trigger interactions between the performers.