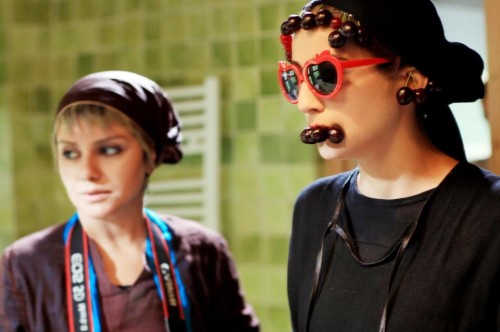 Dancing Mania is a short documentary on the film by Mania Akbari titled, From Tehran to London. The film takes a closer look at Akbari's boundary pushing film that displays females dancing for the first time in Iranian cinema after revolution. Dancing Mania not only reviews the evolutionary growth of Akbari as an expressive filmmaker in the constrained atmosphere of Iran, but it intelligently employs stills, stop motion imagery, and back stage footage to capture the depth of the themes that are played out in From Tehran to London. Through the lens of critical analysis with a touch of Freudian psychoanalysis, the documentary comments on how the themes of dance, death, homosexuality, censorship and devastation come to light through the actor's dialogues and symbols in the film.