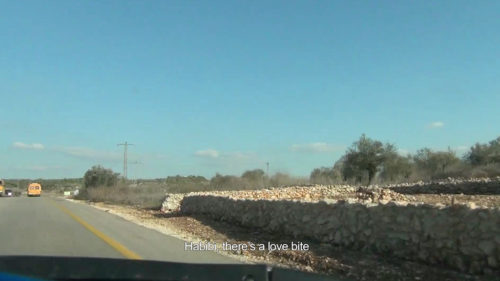 Mondial 2010 centers on a Lebanese gay couple as they take a road trip to Ramallah. Dib uses video as an apparatus to transgress boundaries, making Mondial 2010 a travel film in a trajectory that doesn’t allow travel, starring two male lovers, in a setting where homosexuality is a punishable felony.