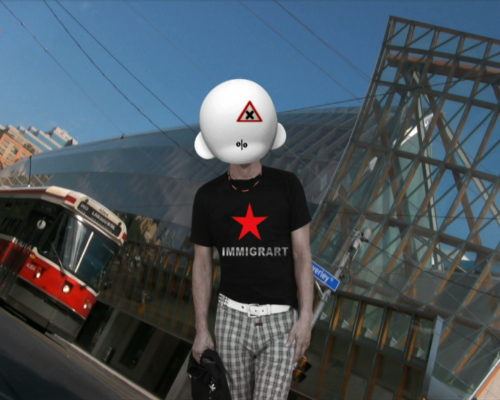 The Exquisite Corpse Video Project (ECVP) is a unique video collaboration of 36 artists from 16 countries, inspired by the Surrealist invention, the "Exquisite Corpse".

In the Surrealist 'game', a paper is folded such that each contributor sees only a small portion of the previous contributor's work, and begins his own work from that small portion. When the last participant is finished, the sheet is unfolded to reveal a strangely
divergent, yet contiguous form or figure.

Using the semi-blind, sequential method of the surrealists' game, ECVP participants create video art in response to the final ten seconds of the previous member's work. Each member is asked t incorporate these seconds into their piece, creating transitions as they please, until everyone's vision is threaded together into an instigating final "corpse."

The videos from the ECVP were created by artists who met online, at artreview.com, a networking site for artists, galleries, and collectors. The project was coordinated by Brazilian video-artist, Kika Nicolela.

While the Surrealists are said to have created the method almost a century ago, only recently could such a fast-paced, pan-global, audiovisual variation of this exercise be produced. The inspiring process of exchange among 'strangers' from around the world illuminates the possibilities of globalized, collective creativity.

ECVP screenings and exhibitions have been taking place in various countries since June 2008, such as Sweden, USA, Greece, Canada, Brazil, Australia and South Africa. A second volume of the project with 12 new videos has just been released in September 2009.