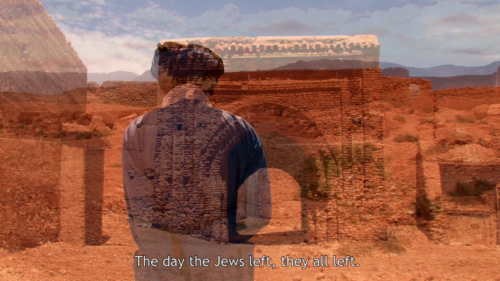 They Were Promised the Sea

They Were Promised the Sea is an investigation into the circumstances that led to the mass migration of Jews from Morocco, an exodus inextricably linked to the Partition of Palestine, the creation of the State of Israel, and the dispossession and exile of the Palestinian people. Were Jews expelled from Morocco, as some have claimed? What role did Israel’s need to “judaïze the land play in the campaign to transfer Jews out of the Arab world? Why did the Moroccan authorities facilitate the departure of Jewish citizens at the same time that the King pleaded with them not to leave?

Using a combination of oral testimonies, place-based memories, and conflicting accounts of Jewish departures from Morocco, They Were Promised the Sea revisits a seminal but little known period in Moroccan history, whose impact continues to be felt by those who stayed (Muslims and Jews) and those who found themselves in a land where their identity as Arab Jews challenged the very notion of enemy.

Told through the director’s personal lens and the journey of a second-generation Moroccan Israeli, They Were Promised the Sea helps to reframe the exiles and exoduses that followed the Partition of Palestine and the creation of the State of Israel in the context of the 2500-year history of Jewish-Arab-Muslim coexistence, a history suppressed because it doesn’t fit the Zionist ideology that dictates the creation of an exclusively Jewish State.

The film’s haunting score consists of original recordings of Andalusian and Sephardic music performed in Arabic, Hebrew and Ladino, and poetry dedicated to Palestine’s national poet Mahmoud Darwish echoing through the dramatic landscapes of the Atlas Mountains in southern Morocco.