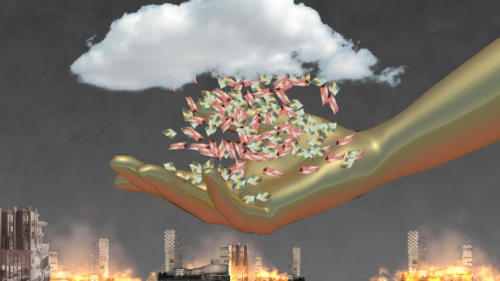 Google's sister company Sidewalk is proposing a large urban development project in Toronto - without any prior development experience. Privacy, privatization and governance concerns are worrying residents and government alike, despite a massive two-year lobbying campaign by Google. Ambiguous language in the proposal suggests that public spaces may not be so public, and that some of the most valuable land in North America may be handed over at a discount to one of the world's richest companies.

What is being proposed by Sidewalk has implications for cities around the world. While technology can help cities weather climate and economic disasters, it doesn't require corporate control to benefit the public.


The SMART CITY series of PSAs provide a primer on the fundamentals of “smart cities”, an emerging and absolute form of technocapitalism. Revealing the highly political nature of these supposedly inevitable spaces, these short animations play with the futuristic goals laid out by global information monopolies and totalitarian states. These dreams come up against the realities of paywalls, abandonware and social inequality. The extreme complexity of issues at the intersection of technology, capitalism and society alienate us from the critical impacts they will have on our lives in the (rapidly approaching) future. Smart cities, as understood by those that seek to build them, combine the Neo-Liberal logic of capital-as-governance with authoritarian demands for total control facilitated by permanent and total surveillance. These spaces require corporate takeovers of the private and public spaces that are critical to functioning democratic systems.