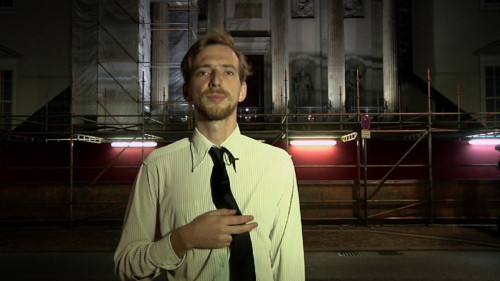 The Staatsoper Unter den Linden, built in 1741, is the oldest theatre building in Berlin. In the course of its history it represented the most opposing political systems, from the Kaiser Reich to National Socialism and the Socialism of the GDR period. Its architectural layout was changed and reconstructed several times.

From September 2010 the Opera House has again become a construction site for four years. After year-long controversial debates the state representatives assigned the architects to preserve the building's neo-rococo layout. The workers have left the factory and enter the stage. It could be that the work on the film is not yet completed at the end of the opera.